Most automated tests execute on a single machine and only ever interact with a single web browser window, mobile app or back-end service. That’s perfectly fine, since we should always aim to keep our tests simple and with as few dependencies as possible. There are also times when your test scenario will need to execute individual steps on two or more machines, either sequentially or in parallel. This scenario calls for building a distributed test. OpenTest has very good support for building distributed tests, this being one of the early design goals of the tool.

The typical challenges when doing distributed testing are:

OpenTest answers these challenges in a way that allows test engineers to focus on the logic and flow of the test, rather than the complexities of distributed testing.

A distributed test involves at least two test actors. The actors typically run on different machines but you may also run all actors on a single machine. This is convenient because it means the same test can be run unchanged in both a dev environment where everything runs on the same machine, as well as in a staging, performance testing or production environment where individual software components are deployed on separate machines.

The diagram below shows the more complex scenario, where the OpenTest server and the two test actors run on three separate machines: 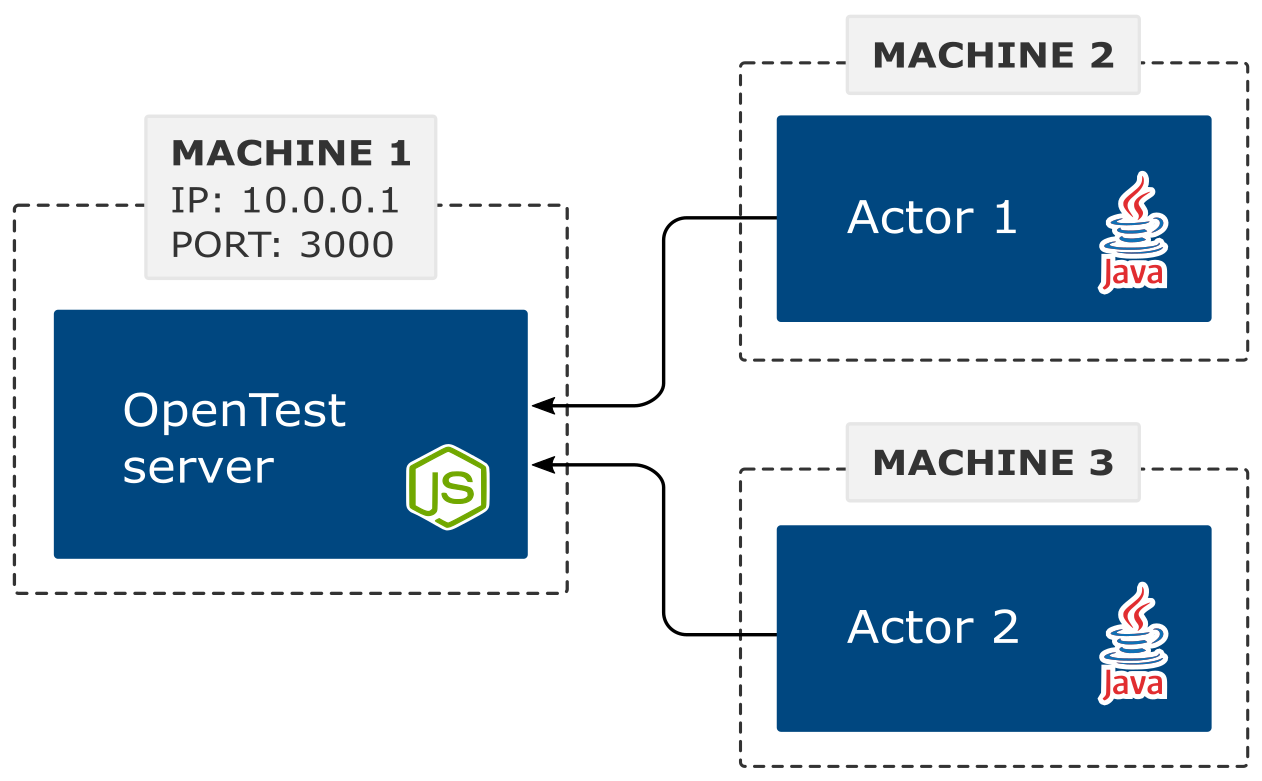 This is how the configuration files for the two test actors should look like:

Here are a few important observations about this distributed test:

More often than not, the test actors involved in a distributed test need to "talk" to each other in order to share various pieces of data (a dynamically generated identifier, an account activation code, etc.) The proper way to share this data is by using the shared data store.

Below you can find an example of a simple distributed test that uses the shared data feature. The first test actor creates a random number in a script block and writes its value in shared data under the name someRandomNumber. The second test actor reads this value, and outputs it to the test session log.

You can find more information on the shared data store here.